​It is the mission of the Isleta Pueblo Housing Authority to provide opportunities to all responsible eligible tribal members to own safe, sanitary and affordable housing developed utilizing  traditional Pueblo designs that are environmentally sound, in an environment which preserves the Isleta customs and traditional values and will promote and develop affordable quality housing opportunities; promote and establish homeownership opportunities; operate an efficient and effective housing program; improve and strengthen customer support to residents; and promote tribal economic growth through capital financing to improve housing opportunities.

In December 2010, Tribal Council established a five member Board of Commissioners of the IPHA. The IPHA is a separate legal entity with is own federal tax identification number and a set of laws (the “Ordinance”) which sets forth its powers, authorities and limitations, and governs its activities. 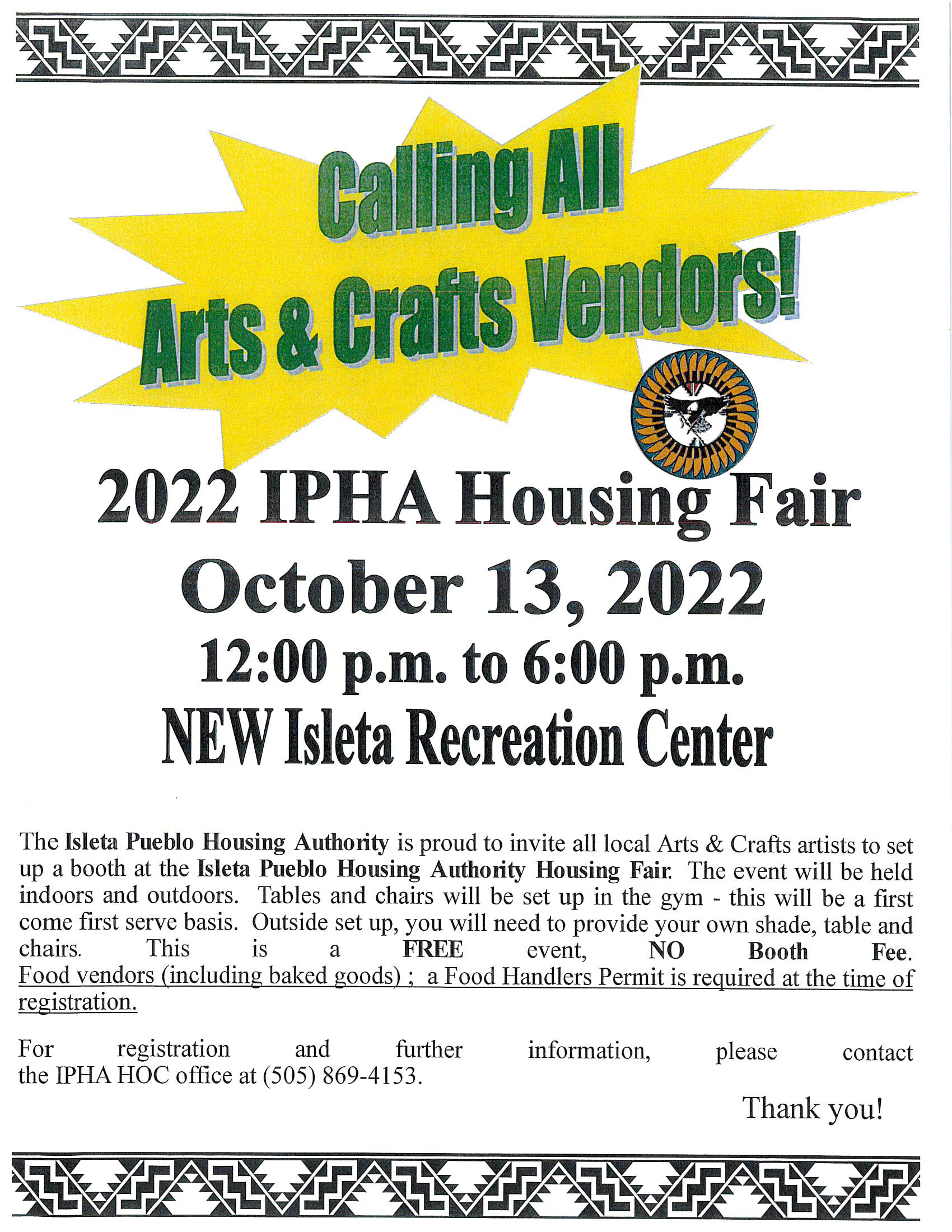 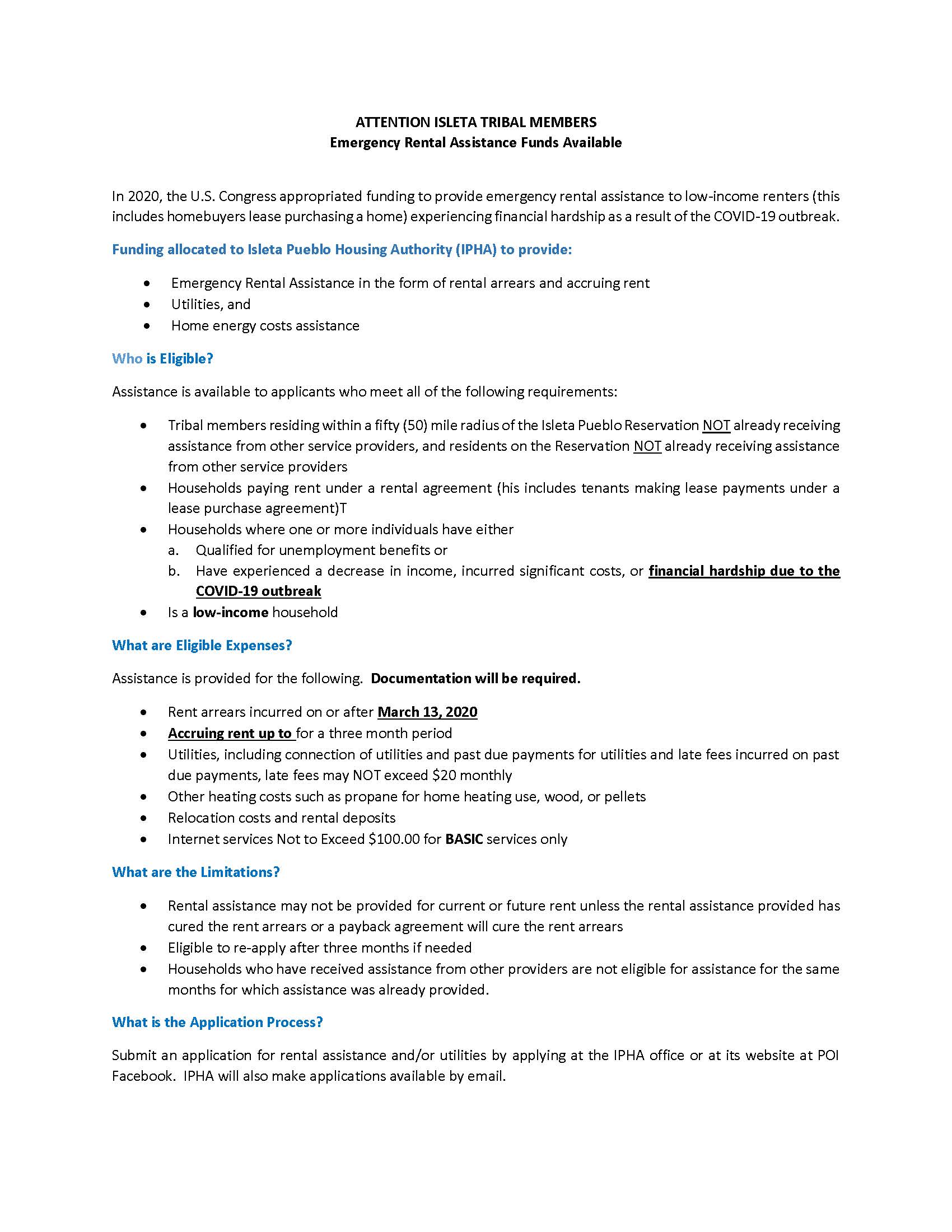 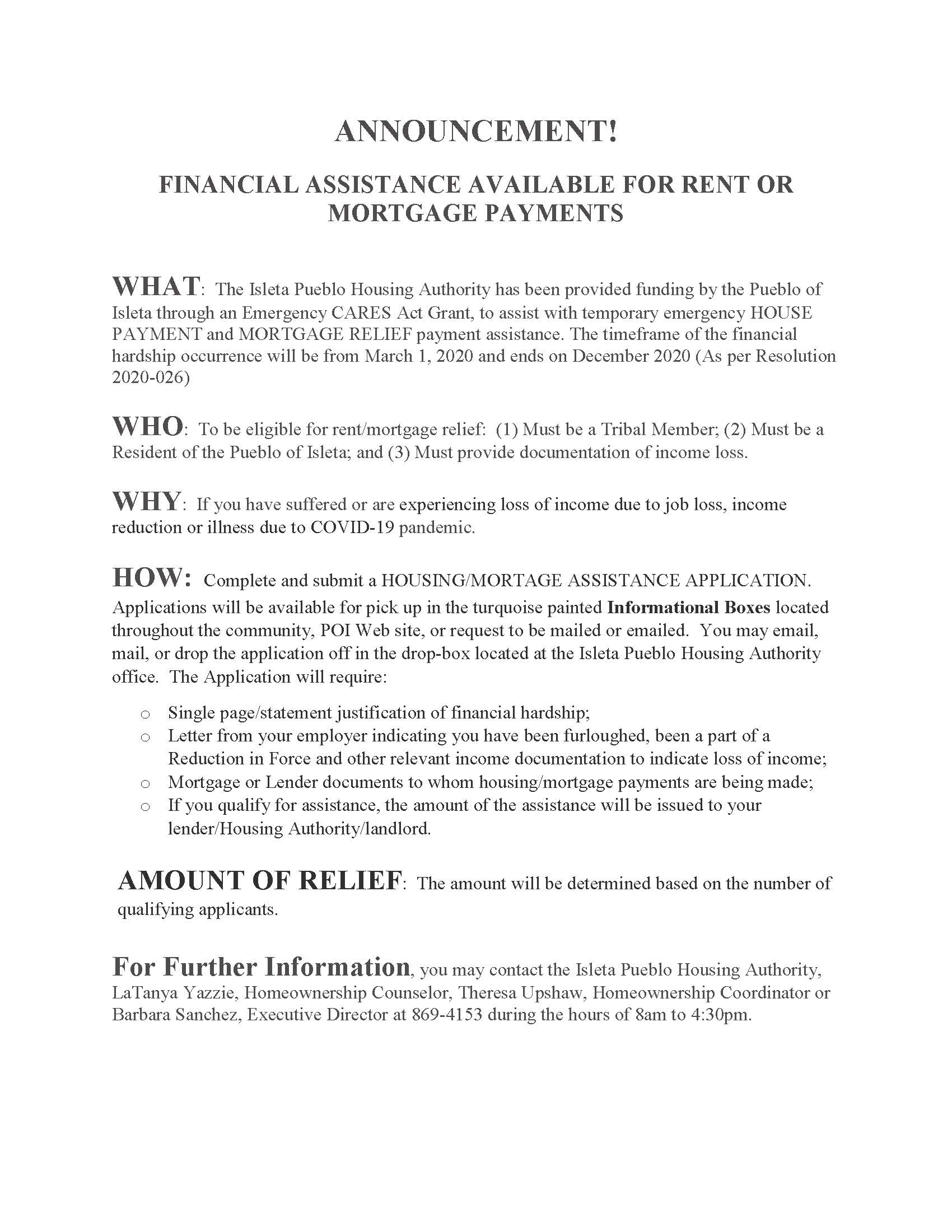 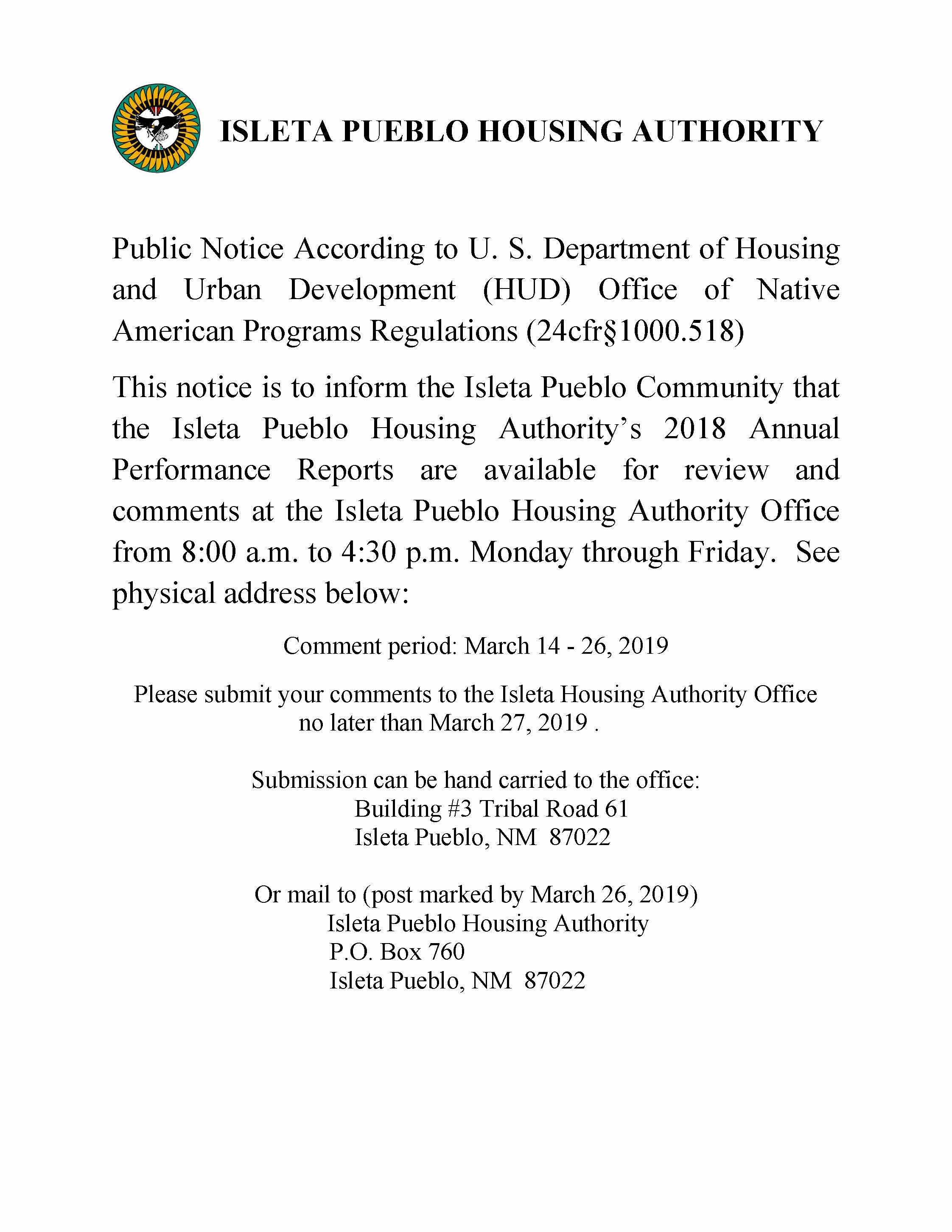